Tidbit Tuesday: Jessa Asks Finn About His Past

In my YA novel, TRAVELER, Jessa has just learned she has the ability to travel through mirrors into other realities, where she steps into other versions of herself. In this scene, Finn – a fellow Traveler – has taken her through the mirror to an excessively sparkling reality for her first taste of Glitter Mousse. Jessa does her best to pry into his mysterious past . . . “So you’re not from here?” “Here?” Finn glances around at the shining chrome and sparkling chandeliers of glittery Mugsy’s. “There,” I qualify.… Read more Tidbit Tuesday: Jessa Asks Finn About His Past → 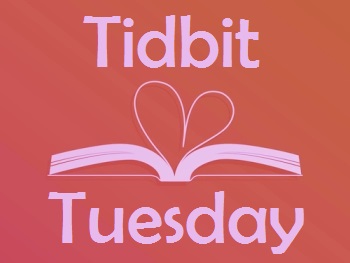 Tidbit Tuesday: That Trickle of Unease…

[When your family has been hunted by evil for centuries, you learn a few tricks. This is an excerpt from my free read short story, “Found.”] She had just finished… Read more Tidbit Tuesday: That Trickle of Unease… →

I had a really hard time delivering on my promise to share a piece of Dreamer, book 2 of the Traveler series. Just about 98% of it is a total… Read more Tidbit Tuesday: Just A Little Peek… →

In this scene from my debut YA novel, Traveler, we’ll get an inkling of Jessa’s very special talent… When I was four, my family visited the aquarium. My parents were,… Read more Tidbit Tuesday: Jessa Catches A Glimpse →

In my upcoming (!) YA Fantasy Novel, Traveler, Jessa discovers that she can shift into other realities and interact with people in her own dreams. Finn has been tasked with… Read more Tidbit Tuesday: Fate And The Social Norms →

Another “Traveler” Tidbit – The Reality Of A Dream

In this scene from Traveler, Jessa finds herself in the middle of a dream, only to discover that for her, dreams aren’t what they seem. She’s along for the ride at Finn’s requesst, but it’s time to leave now… Finn looks at me funny. “You’re taking this awfully well.” Mario gives me an all-too-knowing smile. “She thinks she’s dreaming. She doesn’t believe a word of what we’ve said.” “You told me I was dreaming,” I point out. “And so you are,” Rudy says. “That doesn’t mean we’re not telling the… Read more Another “Traveler” Tidbit – The Reality Of A Dream →

In this tidbit from Traveler, Jessa has had an encounter with Finn, a guy who has literally walked out of her dreams and told her she has the power to… Read more Tidbit Tuesday: →