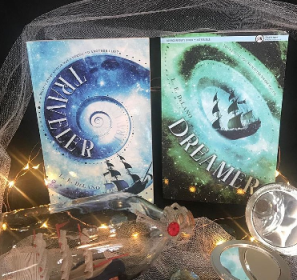 I can’t believe this year is drawing to a close already. Even crazier than that, I became a traditionally published author this year! I still have a hard time believing it! And now with a second book breaking in 2018 (and more on the way!) I guess I need to stop pinching myself and get to work because next year is gonna be a doozy. In the meantime, here are the highlights of my unbelievable year:

In January, my first run copies arrived on my doorstep. My daughter snapped this photo when I pulled my book from the box and held it in my hand. I think my face says it all.

Then came February, and my book launch! Blog tours were dropping reviews right and left, my guest blogs were being shouted out all over the internet, and cool Instagram and Twitter tidbits started appearing:

My launch party at Towne Book Center was simply outstanding. They even created a signature coffee drink to honor TRAVELER! 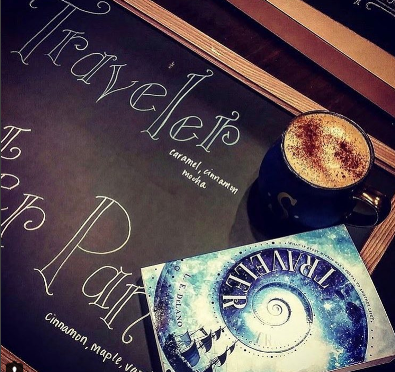 And another set of signings at two different Barnes & Noble locations: 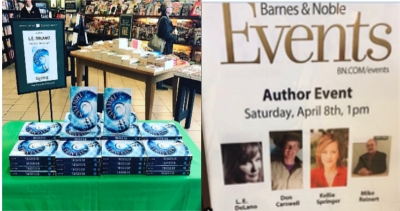 Then my book started showing up on bookshelves and in reader’s hands (upper row L: New Jersey, Right: Toronto – bottom row L: With Allisa at Casa Bonita in Denver, CO and with Elizabeth on the London Underground).

Then the edits for DREAMER started eating my life, and the early summer passed in a blur. The cats were a big help keeping me on track. (That was sarcasm. A LOT of sarcasm).

Once DREAMER was in the can, it was time to look forward (or should I say “Eastward”) to my next project. But first, a trip to the Big Apple to hook up with some of the Swoon  Squad! And then I was off to the Flatiron Building for a powwow with my editor to pitch my next book. Let the writing begin!

Fall saw me double-booked at Barnes & Noble for B-Fest! 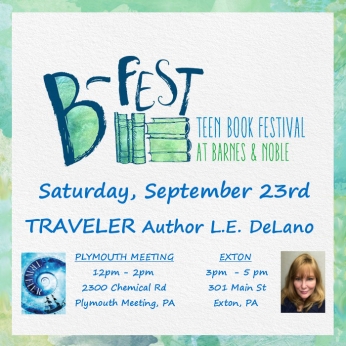 And then in October, TRAVELER made an appearance at the International Book Fair in Frankfurt:

November and December have seen me in first revisions for the next book (details on that one soon, I promise) and still counting my many, many blessings. It’s been one helluva year. Here’s to a rocking 2018 for all of us!!