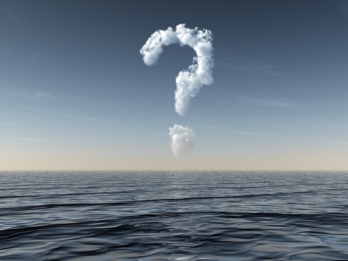 Have you ever been reading a book and something happens that just makes absolutely no sense within the context of the story – so much so that it jars you?

We were talking about this at lunch yesterday, and my girlfriends and I all agreed the Edward and Bella in Twilight need to learn how to use a freaking cellphone, already.

He calls her house and decides she’s dead because Jacob mentions that her Dad’s at a funeral? He doesn’t bother to call anyone else to confirm that? And while we’re at it, Bella’s father, as chief of police, would surely have a cell phone with him. Edward couldn’t call that? Or one of Bella’s other friends? Or even Jacob, for that matter?

Nope. Instead he just decides to off himself, based on one-sided info from a fleeting phone call and a partially-correct prophetic vision.

In real life, someone would be frantically calling everyone they know if they thought their true love might be dead. Wouldn’t they? They’d at least pay a visit to the grave, you’d think.

[For the record, I like Stephenie Meyer. The Host is one of my all-time favorite YA books.]

And don’t get me started on how many sci-fi novels show an average person being kidnapped by an alien, suddenly waking from unconsciousness and being only mildly startled to find out there are not only aliens in existence, but they’re not on earth anymore. “Wow,” they say. “Freaky.” And then they’re fine with it.

I get the feeling most people wouldn’t be fine with that.

But see, the thing is….we writers would be fine with it. We’d be more than fine. We’d be thrilled. There’s nothing we want more than an adventure! And when we’re writing, it’s hard to think like normal people, it really is.

Add into that the fact that your plot has to move along (so you can’t let your character freak out too long), and sometimes, you have to make your characters do something a little differently that they probably would in real life. The key, I think, is to not make it so different as to be completely unbelievable.

Your audience has to buy into this, otherwise it drops them right out of the world you built and leaves them scratching their heads.

There are going to be questions. We have to answer them – even if the answer is “that’s the way things work in this world.” You can redefine the rules, as long as  you stick to them. Just make sure your reader is along for the ride.

And not griping about how no one knows how to use a cellphone.