Find Those Bonding Moments In Your Story 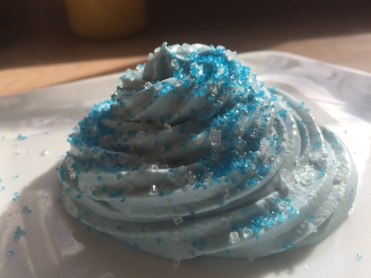 When I first read The Hunger Games,  I (like most readers) really enjoyed the tender, shared moments between Peeta and Katniss. One of those was centered around a meal – lamb stew, to be exact – that they shared in the arena, in a cold and dank cave, with Peeta dying and Katniss determined to save him. I still remember the way that stew was described down to the raisins in it, the way it felt on Katniss’s tongue, the feeling of it warming her half-starved belly and the quiet joy they shared in sharing that meal.

In short, that dish (which had been mentioned earlier as Katniss reveled – and felt revulsion at the excess –  in the Capitol), and when that Lamb Stew appeared again, instead of a reminder of all she didn’t have, it became a meal shared with the one thing she did have: Peeta. It was a real bonding moment. I still swear I can taste that stew. And I don’t even like lamb!

In my book, Traveler, I have a similar food bonding item: Glitter Mousse. Found only in one of Jessa’s alternate realities, Finn introduces her to it and it turns out a lot of great conversations happen over a bowl of Glitter Mousse. It’s called back to near the end of the book in a way that’s almost a slap in the face, and I liked the juxtaposition of it being used in that way.

Food is a way to bridge cultures, share hospitality, and win over hearts and stomachs. It can also be a great way to create a bonding moment. Remember Shrek and Fiona, dining on flies and spider webs? Charlie and Claire eating imaginary peanutbutter? Just like that.

Is there a food scene in a book or a movie that you remember especially well?

Time for some devil Babby.
BLUE is out now!
Blue's older brother was involved in a car accident that killed Maya's father, and now Maya has returned to school determined to make Blue's life a living hell in the aftermath.
It's Pub Day for BLUE! I'm so glad to share my angry, miserable, hopeful and hilarious story with the world. Be sure and let me know if you guessed the twist at the end!