A To Z Blogging Challenge: D Is For Destruction 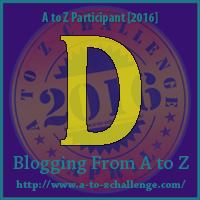 One of the hardest parts about going through the editor revisions on my novel was the amount of sheer destruction that took place.

I had to cut out pieces of scenes (and a couple of entire scenes) and figure out how I was going to put them back in on a re-arranged timeline.

And the hardest, most rotten part of all of that was the fact that some of it just plain didn’t work anymore. It had to go.

Stephen King says “kill your darlings,” and that doesn’t just mean characters. It can also mean that really great zinger line you were ending the chapter with, or that soft and beautiful scene that was there to set up something that isn’t going to happen anymore.

You may be able to recycle some of it, but you won’t get all of it. You’ll have to grab the dustpan and sweep it into a folder for another day and another story. You never know where you might be able to use it again.

Just not here. Not this story. Not anymore.

All part of the process. Nobody said being a writer is easy. Sometimes you have to bleed a little.