Writing Your YA Novel 101: It All Started With A Creeped-Out Little Kid… 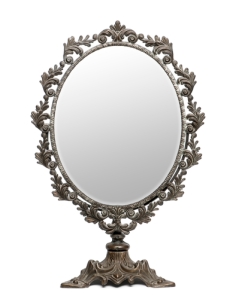 So I was sitting at my desk at the day job, and bemoaning to my coworker that I loved to write, had written a lot of romance and some cool sci-fi and fantasy, but all the editors seemed to be looking for YA.

She asked me what was stopping me and I smirked and said “Oh, I dunno…an idea, maybe?”

I went  home that night and decided I was going to spend some time hammering out ideas for a good YA book. An idea that hadn’t been done to death.

I could do this. Yes, I could.

Easier said than done. It turns out that a lot of great ideas have been had by other people already. And some of what was rising trend-wise was not exciting me to write about. I was sitting at my computer one night, waiting for it to boot up, and happened to catch a glimpse of my reflection in the monitor.

And my breath froze in my chest, and I was sent hurtling back to a chilly spring day when I was eight years old. My father was a military man, and at that time, we were leaving in England. The BBC had just televised a movie (or possibly it was a miniseries – the memory is cloudy) of “Alice Through The Looking Glass” (which, coincidentally, Disney just announced it would be making).

In this follow-up to Alice In Wonderland, Lewis Carroll sends Alice stepping through the looking glass in her bedroom into a world where everything is a mirrored reflection. She has an adventure in this odd place and it all turns out quite satisfactorily.

I finished watching, and I was walking down our dimly-lit hallway to my bedroom, where I’d planned on playing for a while. As I walked, I passed a rather large and ornate mirror that hung in the hall, and I turned and saw myself reflected there.

Suddenly, I wondered if Alice mightn’t have been right. What if there was someone on the other side, who looked just like me? I stared hard at my reflection, for so long my eyes were watering, and I swear to you, she blinked. The other me. She blinked.

And as I sat there looking at myself in my monitor screen, my mind started skipping through all sorts of amazing worlds one might find, if a mirror could be used as a portal to other realities. I started writing that night, and a little less than four months later, I had 55,000 really good and fairly well-edited words that made a fantastical YA story.

Or so I thought. Now I just had to convince someone else to think that, too.

Next installment: What made me think I could write anything anyone would read?